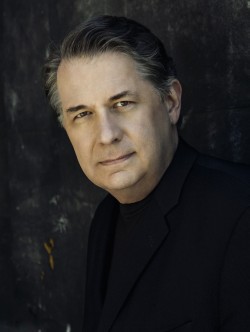 Violinist Philip Setzer, a founding member of the Emerson String Quartet, was born in Cleveland, Ohio, and began studying violin at the age of five with his parents, both former violinists in the Cleveland Orchestra. He continued his studies with Josef Gingold and Rafael Druian, and later at the Juilliard School with Oscar Shumsky. In 1967, Mr. Setzer won second prize at the Marjorie Merriweather Post Competition in Washington, DC, and in 1976 received a Bronze Medal at the Queen Elisabeth International Competition in Brussels. He has appeared with the National Symphony, Aspen Chamber Symphony (David Robertson, conductor), Memphis Symphony (Michael Stern), New Mexico and Puerto Rico Symphonies (Guillermo Figueroa), Omaha and Anchorage Symphonies (David Loebel) and on several occasions with the Cleveland Orchestra (Louis Lane). He has also participated in the Marlboro Music Festival. In April of 1989, Mr. Setzer premiered Paul Epstein's Matinee Concerto. This piece, dedicated to and written for Mr. Setzer, has since been performed by him in Hartford, New York, Cleveland, Boston and Aspen.

Currently serving as the Distinguished Professor of Violin and Chamber Music at SUNY Stony Brook and Visiting Faculty of the Cleveland Institute of Music, Mr. Setzer has given master classes at schools around the world, including The Curtis Institute, London's Royal Academy of Music, The San Francisco Conservatory, UCLA and The Mannes School. Mr. Setzer is also the Director of the Shouse Institute, the teaching division of the Great Lakes Chamber Music Festival in Detroit. Mr. Setzer has also been a regular faculty member of the Isaac Stern Chamber Music Workshops at Carnegie Hall and the Jerusalem Music Center, and his article about those workshops appeared in The New York Times on the occasion of Isaac Stern's 80th birthday celebration.

A versatile musician with innovative vision and dedication to keep the art form of the string quartet alive and relevant, Mr. Setzer is the mastermind behind the Emerson’s two highly praised collaborative theater productions: The Noise of Time, premiered at Lincoln Center in 2001 and directed by Simon McBurney, is a multi-media production about the life of Shostakovich and has given about 60 performances throughout the world; in 2016, Mr. Setzer teamed up with writer-director James Glossman and co-created the Emerson’s latest music/theater project, Shostakovich and the Black Monk: A Russian Fantasy.  Premiered at the Great Lakes Chamber Music Festival, Black Monk has been performed at the Tanglewood Music Festival, Princeton University, Wolf Trap, Ravinia Festival and Lotte Concert Hall in Seoul Korea.  Mr. Setzer has also been touring and recording the piano trio repertoire with David Finckel and Wu Han.