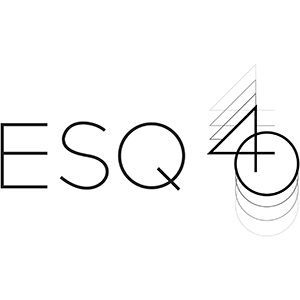 The 2016-17 season marks the Emerson String Quartet’s 40th Anniversary -- a major milestone for this ground-breaking ensemble, named “America’s greatest quartet” by TIME Magazine, which has earned its place in the pantheon of the classical music world. The Emerson Quartet continues to perform with the same benchmark integrity, energy and commitment that it has demonstrated since it was formed in 1976, and its 40th Anniversary season reflects all aspects of the Quartet’s venerable artistry with high-profile projects and collaborations, commissions and recordings. In the words of Gramophone Magazine, “They have achieved – and maintain -- their exalted place in the hierarchy of American quartets for good reason: at this point in their career, the Emerson’s members understand as second nature the importance of clarifying the specific character of individual phrases and balancing them all into an elegant whole, and they can turn on a dime to create quicksilver variations of mood.”

After recent engagements together at the Kennedy Center and Tanglewood, illustrious soprano Renée Fleming joins the Emerson at Walt Disney Concert Hall in October, performing works by Alban Berg and Egon Wellesz from their first collaborative recording, released by Decca in fall of 2015. Also in October, the Chamber Music Society of Lincoln Center has programmed two celebratory concerts at Alice Tully Hall, plus appearances on tour with CMS at the Harris Theater in Chicago and SUNY Purchase’s Performing Arts Center. The Calidore String Quartet – mentees of the Emerson – joins for the Mendelssohn Octet in Chicago and NYC, and former Emerson cellist David Finckel appears as a special guest for Schubert’s Quintet in C Major in Purchase and NYC.

For its second Chamber Music Society concert at Alice Tully Hall, the Emerson gives the New York premiere of acclaimed British composer Mark-Anthony Turnage’s Shroud (co-commissioned by CMS). Turnage, who has previously worked with Emerson cellist Paul Watkins, wanted to highlight the Quartet’s “precision and fabulous interplay” utilizing complex rhythms and an interweaving melody. According to Watkins, “The language ofShroud is striking for its starkly expressive intensity and rhythmic inventiveness. Mark has written wonderfully clear textures for the quartet, without sacrificing any of the medium’s power.” Beethoven’s Quartet in F minor, Bartόk’s Quartet No. 4 and Shostakovich’s Quartet No. 10 round out the programs. The world premiere of the new piece takes place at EJ Thomas Performing Arts Hall in Akron, OH, on September 27, presented by the Tuesday Musical Association.

The Emerson Quartet returns to New York City in May for a performance of Ravel and Berg quartets followed by the Brahms Quintet with legendary pianist Maurizio Pollini at Carnegie Hall. Other anniversary season highlights include a concert with clarinetist David Shifrin as part of the Quartet’s season-long residency at Chamber Music Northwest in Portland, Oregon, as well as collaboration with cellist Clive Greensmith for the Schubert Quintet at the Soka Performing Arts Center in California. New to this season, the Quartet members have been selected as Artistic Advisors for Wolf Trap’s Chamber Music at The Barns in Virginia, curating the series in celebration of its 20th season. The Emerson gives its debut performance with Wolf Trap in April.

Internationally, multiple tours of Europe comprise dates in Austria, Italy, Germany, Switzerland, Belgium, The Netherlands, Spain and the United Kingdom (including Wigmore Hall for a 40th Anniversary Gala); the Quartet also visits South Korea, Japan and Taiwan, as well as Mexico for the Festival Internacional Cervantino.

The Quartet has been committed to education throughout their career, and have mentored many young and rising string quartets. The Emerson has been Quartet-in-Residence at Stony Brook University since 2002, and last season Philip Setzer and Lawrence Dutton, two full-time members of the Stony Brook faculty, were awarded the title of "Distinguished Professor." Part-time faculty members Eugene Drucker, David Finckel and Paul Watkins were named "Honorary Distinguished Professor.” The members of the Emerson have received Honorary Doctorate degrees from the College of Wooster (OH), Bard College (NY), Hartt College of Music (CT), Middlebury College (VT).

Individually, the multi-faceted members of the Emerson Quartet excel artistically outside of the group as well, with achievements spanning Eugene Drucker’s compositions and acclaimed novel The Savior, Philip Setzer’s appointment as Director of the Shouse Institute (teaching division of the Great Lakes Chamber Music Festival in Detroit) and trio with David Finckel and Wu Han, Lawrence Dutton’s high-profile collaborations and role of Artistic Advisor for the Hoch Chamber Music Series (Bronxville, NY) and Paul Watkins’s numerous international conducting engagements and position as Artistic Director of the Great Lakes Chamber Music Festival.

ESQ Through the Years

Throughout its history, the Emerson String Quartet has garnered an international reputation for groundbreaking chamber music projects and correlated recordings for Deutsche Grammophon. To commemorate the Emerson’s anniversary season, Universal Music Group has reissued their entire DG discography in a 52-CD box set.

The Quartet attracted national attention in 1988 with the presentation of the six Bartók quartets in a single evening for its Carnegie Hall debut. The Emerson's subsequent release of the cycle received the 1989 GRAMMY® Awards for "Best Classical Album" and "Best Chamber Music Performance" and Gramophone Magazine's 1989 "Record of the Year” Award -- the first time in the history of each award that a chamber music ensemble had ever received the top prize.

In March 1997, the Emerson Quartet released a seven-disc set of the complete Beethoven quartets and organized a series of performances over two seasons at Lincoln Center entitled "Beethoven and the Twentieth Century," a total of eight concerts that each paired two Beethoven quartets with a twentieth-century composition. Initial reviews of this series were so strong that the remaining performances were completely sold out; the Beethoven recording earned a GRAMMY® Award for "Best Chamber Music Album." The composer was featured prominently in the Emerson’s 30th anniversary celebration a decade later, with a nine-concert Perspectives series at Carnegie Hall, entitled “Beethoven in Context.”

The turn of the 21st century proved to be a landmark year for the Emerson, during whichthe first complete Shostakovich cycle was recorded and then performed at Lincoln Center and at Wigmore Hall; the Lincoln Center series was named eight years later by New York Magazine as one of the cultural events that best defined the city since the magazine’s inception. Another highlight was the world premiere of their “The Noise of Time” collaboration with London-based theater company Complicité, presented by Lincoln Center’s “New Visions” series, which was later repeated in Los Angeles, Berlin, Vienna, Paris, and Moscow. The Shostakovich Quartets won two GRAMMY® Awards for “Best Chamber Music Performance” and “Best Classical Album,” and the Gramophone Award for “Best Chamber Music Recording”. Eleven performances of “The Noise of Time” were given at the Barbican Centre in London.

Additional recordings on the Deutsche Grammophon label include 2009's Intimate Letters, featuring chamber works by Janáček and Martinů, J.S. Bach’s Fugues from The Well-Tempered Clavier, the GRAMMY® Award- winning Intimate Voices, a recording of Grieg, Nielsen and Sibelius string quartets, and the complete Mendelssohn string quartets and octet, which received 2005 GRAMMY® Awards for "Best Chamber Music Performance" and "Best Engineered Album, Classical." The Emerson Quartet has also recorded Haydn's Seven Last Words of Christ on the Cross, Bach's Art of Fugue, the Schubert Cello Quintet with Mstislav Rostropovich, the Schumann Piano Quintet and Quartet as well as the GRAMMY®-nominated Dvořák Piano Quintet and Quartet with Menahem Pressler, and the complete string works of Anton Webern and Samuel Barber's Dover Beach with baritone Thomas Hampson. In 1994, the Emerson won its third GRAMMY®, for "Best Chamber Music Recording" with a disc of "American Originals" -- the quartets of Ives and Barber.

The Emerson String Quartet has amassed an unparalleled list of achievements over three decades: more than thirty acclaimed recordings, nine GRAMMYs® (including two for Best Classical Album), three Gramophone Awards, the Avery Fisher Prize (the first ensemble to win the award), Musical America’s "Ensemble of the Year" and collaborations with many of the greatest artists of our time, including Mstislav Rostropovich, Menahem Pressler, Yefim Bronfman, Emanuel Ax and Renée Fleming. The Emerson has held a series at the Smithsonian Institute in Washington, DC for over 35 seasons, and was inducted into the Classical Music Hall of Fame in 2010. In January 2015, the Quartet received the Richard J. Bogomolny National Service Award, Chamber Music America’s highest honor, in recognition of its significant and lasting contribution to the chamber music field.

Pre-concert composer chat with Mark-Anthony Turnage at 4:00 PM in the Rose Studio; free for ticket holders.