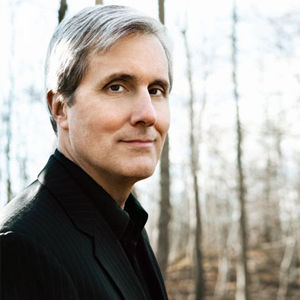 Q&A: Emerson String Quartet's Lawrence Dutton
We speak to the Quartet's violinist to understand their connection to the county
By Paul Adler

Now celebrating its 40th year producing some of the world’s premier classical music, it’s difficult to imagine an honor that the Emerson String Quartet has not yet earned. The influential foursome has racked up a whopping nine Grammy Awards, an Avery Fisher Prize, three Gramophone Awards and been named Musical America’s “Ensemble of the Year.” Violist Lawrence Dutton, violinists Eugene Drucker and Philip Setzer, and cellist Paul Watkins will be performing at Stamford’s Palace Theatre on January 14.  We caught up with Dutton, a Westchester local, to get a sense of the quartet’s connection to the county and what makes them such an enduring presence.

What can audiences expect from the quartet’s upcoming performance at the Palace Theatre? We will be doing works by Beethoven, Tchaikovsky, and Shostakovich. Shostakovich is really amazing stuff. I think chamber music audiences have really gotten to know his music and have grown to appreciate it. For a long time, people only really knew Shostakovich’s 8th quartet, but now all of his works are accepted as masterpieces.

Why have you remained in Westchester? Half the Emerson actually live in Westchester. Paul Watkins lives in Irvington, and I live in Bronxville. My wife and I were in New York City until 1992. It was then that we had our first child and decided to move out of the city. First we lived in Larchmont for about six years and then moved to Bronxville, where we have been for 18 years. A lot of the choice had to
do with the quality of the school system.

Why do you feel the quartet has made an impact for such a long time? We’ve been very lucky and very fortunate. We had a run of about 34 years without a change in Emerson. When David [Finckel] left, we had to decide if we were going to keep doing this. We got so lucky and found one of the greatest musicians I’ve ever played with — and that is Paul Watkins. So, I think a lot of things just occurred at the right time, and I think a lot of our impact lies in our coaching several young quartets, such as the St. Lawrence String Quartet and Pacifica Quartet.

How does the Emerson go about selecting its performance pieces? We base our programs on what we will be doing in New York and London in a given year and trying to mirror those two performances. Inevitably, it involves a kind of special project or programming idea. For instance, for our 40th-anniversary program this year, we did a special two-concert program at Lincoln Center with our former cellist, David Finckel, who is the artistic director there now, and it was kind of an overview of our work. That was a lot of fun.